A mental illness can be defined as a health condition that changes a person’s thoughts, feelings or behavior. Or all three. Mental illnesses cause the person distress and difficulty in everyday functioning. Some are mild and can affect a large proportion of us whereas others are rare but much more severe.

This lesson looks at mental ill health through a neurological lens and uses all we have learned about the brain so far in this course.

There are many different types of mental illness, each with their own symptoms and treatment. Six common mental illnesses are described below.
Depression
Anxiety
Panic Disorder
Eating Disorders
Schizophrenia
Bipolar Disorder
Depression

Throughout the world, depression is the most common mental health problem. Depression affects around 10% of men and 25% of women at some point during our lives that’s serious enough to require treatment.

Most people feel sad or depressed at times and this is a human response to life events. However, when you are constantly feeling sadness or a lack of interest in life you may be depressed, especially if these feelings stop you from living your life, it may be something more than sadness.

If you regularly experience two or more of these symptoms for a sustained period of time then you are likely to be suffering from depression.

Anxiety is also a natural feeling to have at times but it becomes a problem when you are worried or feel anxious most of the time.

Anxiety is a human response to feeling under threat. It’s particularly common to experience anxiety if you are coping with stressful events or changes, especially if they could have a big impact on your life. Anxiety manifests itself in thoughts, feelings and physical sensations. Examples of this might include:

If two or more of the above symptoms apply to you on a regular basis, you may be experiencing long term anxiety.

Panic attacks are a type of fear response and are an exaggeration of your body’s normal response to danger, stress or excitement. Panic disorder is when you experience panic attacks on a regular basis.

During a panic attack, physical symptoms can build up very quickly such as:

In extreme cases, people experiencing a panic attack can actually feel as through they are going to die. If a panic attack is triggered for no obvious reason, it is likely that it is not a normal response to the person’s environment and they could be suffering from panic disorder.

An eating disorder is a mental health condition where you cope with negative emotions and feelings by using unhealthy eating behaviour. These may include eating too much or eating too little. Worrying about your weight or body shape also gives rise to eating disorders with teenagers aged between 13 and 17 mostly affected.

The most common forms of eating disorders are as follows:

All of these behaviours will change your attitude towards food and your body, which develops into a vicious cycle that is often extremely difficult to break.

Schizophrenia is a complicated mental health problem related to psychosis and changes how a person thinks and behaves. It may develop slowly and early signs can be hard to identify because they often develop during childhood and adolescence. Schizophrenic symptoms such as becoming socially withdrawn and sudden changes in sleeping patterns can easily be mistaken for simply being a teenager!

Schizophrenia can cause symptoms such as delusions, hallucinations and changes in behaviour. Despite this, many people who are affected by schizophrenia can lead a normal life. Acute schizophrenia is when sufferers have severe episodes followed by periods where they experience few or no symptoms.

A doctor might suggest you have schizophrenia if you experience some of the following symptoms:

There’s lots of misconceptions about schizophrenia and even mental health professionals don’t all agree about it. Regardless of this, approximately 1% of people are diagnosed with schizophrenia at some point in their life.

Bipolar disorder used to be known as manic depression and relates to a person’s moods that can swing from one extreme to another. Feeling extremely high and overactive is referred to as mania. Conversely, feeling extremely low carries the label of depression. These episodes of mania and depression often last for several weeks or months.

The symptoms of depression have already been listed but the manic phase of bipolar disorder may include some or all of the following symptoms:

Mental illness​ and the brain 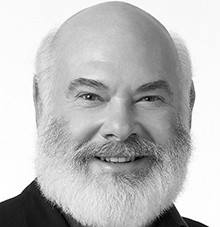 Neuroplasticity means that emotions such as happiness and compassion can be cultivated in much the same way that a person can learn through repetition to play golf and basketball or master a musical instrument.

Such practice changes the activity and physical aspects of specific brain areas.

Scientists are learning more about the role of neurotransmitters and brain health in diagnosing and treating mental illness. We currently treat mental illness with talk therapy and/or drugs.
Extant
If something is extant, it is still in existence, in spite of being very old.

Based on the work and findings of Professor Merzenich and his colleagues, the traditional methods that we are using to address the current mental health crises impacting the developed are financially and morally insupportable and, in many cases, these extants could be replaced or supported by a brain health approach powered by technology.

Note that this transition from crisis management to wellbeing is a shift from the domain of medicine to the domain of brain fitness and managed neurological health. The approach we describe is not medical and is not intended to replace the role of doctors or psychologists. The aim is is to help people to become neurological stronger and sustain their mental fitness in ways that improve other aspects of their lives.

Brain screening can be accomplished in a scalable and inexpensive way because our it is the only organ that can actually directly inform us about its own organic function.

Targeted assessments of the brain’s functional performance using a smartphone or computer can inform us about the general status of their brain health.

A mountain of studies has shown us how specific brain performance indices relate to the physical and functional status of a person’s brain.

These studies also document strong correlations between those assessment outcomes and other dimensions of organic brain health such as the status of the brain’s vascular support, the integrity of the ‘blood-brain barrier’, and the powers of the brain’s immune response etc.

If addressed earlier enough in childhood, this neurological intervention could prevent the roots of mental illness from establishing themselves. Therefore, the role of schools is important and including annual brain health assessments should form a key part of this approach.

Brains of even inherited illnesses can be strengthened in ways that can ameliorate symptomatology to substantially improve neurological performance abilities, and that should often weaken the expressions of the disorder on the path to preventing their otherwise-full-blown expressions.

We now know that brains that operate with high accuracy at fast processing speed are organically healthy because:

Definition of a healthy brain

Processing speed is subject to change

Brain processing speed, along with accuracy and reliability, is relatively easily improved by appropriate forms of brain engagement and exercise.

The physical, chemical and functional changes in brain machinery responsible for improvements in processing speed generalise to all operations performed by the brain.

This includes the development of a strong sense of self agency and executive control.

Medical scientists have now documented the neurological anomalies that mark virtually every commonly occurring form of mental illness. Those studies provide us with a roadmap for generating profiles that signal a probable progression to particular mental illnesses.

SZ Example + When someone is affected by depression, their brain typically has high levels of a chemical called cortisol, which isn’t a neurotransmitter because the hormone, is made in the adrenal glands rather than the brain.

In every case of mental illness, we know at least many of the neurological weaknesses and distortions that mark emergent disease and ‘can (with high likelihood) see them coming’ in the brain of many children.

Most of these weaknesses and distortions can be at least partially addressed by appropriate intensive emotional or neurocognitive brain training. Once corrected, impacts of these non-medical intervention have been demonstrated to be long enduring and self-sustaining. This is very different to the extant approaches currently used.

Thinking outside the box

To look at a problem in a new way or come up with a different way of addressing it, often referred to as creative problem solving skills.

Taking advantage of sudden opportunities, being able to quickly adapt to changes in circumstances, and admit you were wrong when you get new information. 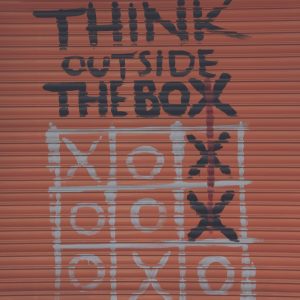 During times of physical and mental stress, excessive levels of cortisol is produced with some of it ending up in the brain, changing its chemistry and triggering symptoms of depression.

Antidepressant medicines help to reduce these symptoms by balancing the amount of cortisol with neurotransmitters in the brain. These include drugs called selective serotonin uptake inhibitors (SSRIs), which are thought to work by increasing serotonin levels in the brain.

The following ideas could form the basis of a new way to approach mental health at a population level. This manifesto for change is grounded in neurology and can provide early and effective support to the current behavioural and pharmaceutical treatments used.

We now have a first level understanding of the neurological origins of the great mental illnesses that plague humankind. This knowledge should be tested and applied in real world settings. Funding should be made available for innovative practices if new methods have evidence of their efficacy.

We now have an initial set of inexpensive tools that enable the assessment of physical and functional brain health to determine operational neurological status. This should be embraced and tested at local and regional levels.

We now understand how to ‘exercise’ brains using digital platforms to improve neurological health. In many cases, these strategies can prevent and reverse negative changes in brain function to maintain and restore mental health and full operational performance.

These neurological changes will advance general ‘brainpower’ in ways that enable greater achievement, health and happiness. Ageing populations want to remain independent for as long as possible and slowing cognitive decline is central to this.

The majority of mental illnesses arise through progressive plasticity-driven changes that are initially expressed in a struggling childhood. Early intervention and healthy brain development in childhood should be a priority. 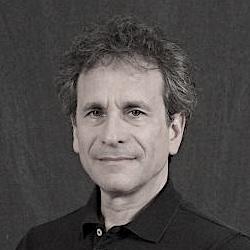 Professor Merzenich’s work has revolutionised the way we view the brain’s plasticity and his latest work in mental disorders illustrates his sincere dedication to alleviate human suffering.

Login
Accessing this course requires a login. Please enter your credentials below!
Lost Your Password?